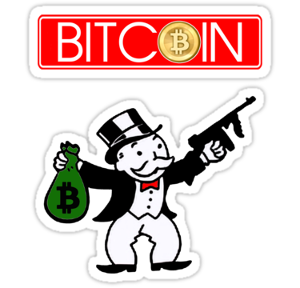 There is this idea that blockchains are completely decentralized and maybe this was the intention of blockchain developers in the beginning, but this is surely not the case most of the time. Let’s take a look at the typical growth of the Bitcoin blockchain to understand how most if not all crypto currencies are centralized to some extent some more than others. This does not mean that centralization in cryptocurrency is a bad thing. However, the idea that Bitcoin is completely decentralized is just plain nonsense.

All blockchains start very centralized, it’s the nature of a distributed database. It must start somewhere on a network of nodes that are usually owned by only a few organizations and developers. When Bitcoin started it was easy to CPU mine Bitcoin. As a matter of fact, because it was so easy to earn Bitcoins using CPU power it was a no brainer to start a node. This promoted consumers, hobbyists and the average person to go ahead and mine Bitcoin. In the early days of Bitcoin this was a profitable business, and this quickly decentralized Bitcoin. Developers had accomplished their decentralization goal rather quickly.

But there is an underlying problem with Bitcoin that should have been addressed when the code was created. The more mining power you could throw at Bitcoin the higher the rewards. If developers had approached a more common mining ground, then things would have been very different. It was obvious that you could corner the mining market by investing large amounts of hashing power and that is exactly what organizations and countries did. The first step was GPU mining which many did from their homes. Then as people realized they could hash even faster using ASICs companies began developing application specific integrated circuits to mine Bitcoin and Alt coins.

Today because of the high demand of ASICs hardware and high energy consumption profitable Bitcoin mining requires high startup costs. So, what has changed? Only large organizations with the fastest mining rigs located in areas with cheap electricity can continue to mine and make profits. ASICs were never expensive until crypto currencies came into existence and the rapid development of faster hashing low power ASICs is so rapid that your mining equipment is rendered obsolete in just a few months. In 2018 there are only two main companies who provide the fastest and most efficient ASICs for Bitcoin mining and they will only sell the chip to big corporations at an elevated price. For example, Bitmain is producing one of the fastest and lowest power ASIC hash rates in the world. This is a monopoly and because you cannot compete using CPU or GPU mining, these companies have completely cornered Bitcoin into a centralized monopolistic mining operation where the daily user of bitcoin will never be able to participate in verifying blocks.

Today mining is now centralized in about a dozen large mining datacenters with most of that coming out of China. Code fork decisions are not made by users of Bitcoin, they are made by the developers. In 2018 not only is mining centralized but the very core of the software is also centralized in the hands of only a few developers.

Is the centralization of crypto-currency a bad thing? Well it depends on who is the central authority. We trust a lot of central authorities today for example if you wire money with Western Union you trust them because they have a decent reputation. We trust many organizations to handle things for us because they have a reputation and follow laws. However, if bitcoin developers have very little understanding or regard for the current monetary system or do not care about basic economics a centralized coin that is very popular could have devastating effects on globalization and economies. Too much mining control from one country is never a good thing but unfortunately this is the case with Bitcoin today. Since anyone can mine and control the network users cannot really trust that any one of these large mining organizations will eventually do something very illegal, manipulate prices by holding on to coins or orchestrate a 51% mining attack all of which are certainly more possible with more centralization of mining.

Centralized Blockchains that are started with the intention of being centralized will become better organized and trusted networks. There will be a group who controls the blockchain, but that group will consist of several trusted organizations who may already have a good reputation. This is the current structure of Galaxycoin and we expect that users understand this structure better and not get so caught up in the idea that Bitcoin is decentralized and safe.

The main problem with Bitcoin is centralized mining in one country or region of the planet and this could be fixed by allowing more businesses access to cheaper mining equipment and low electricity rates in other countries. In 2018 miners are dropping out of the business at an alarming rate because it’s no longer profitable. If the developers do not somehow reduce the ability of ASICs to solve hashes or level the mining playing field with different algorithms, then the only way to fix Bitcoin is to distribute mining more evenly across the planet. Otherwise, Bitcoin will be very centralized in specific countries with organizations that we may not want to be doing business with coupled with the growth of ASIC chip manufacturing monopolies.